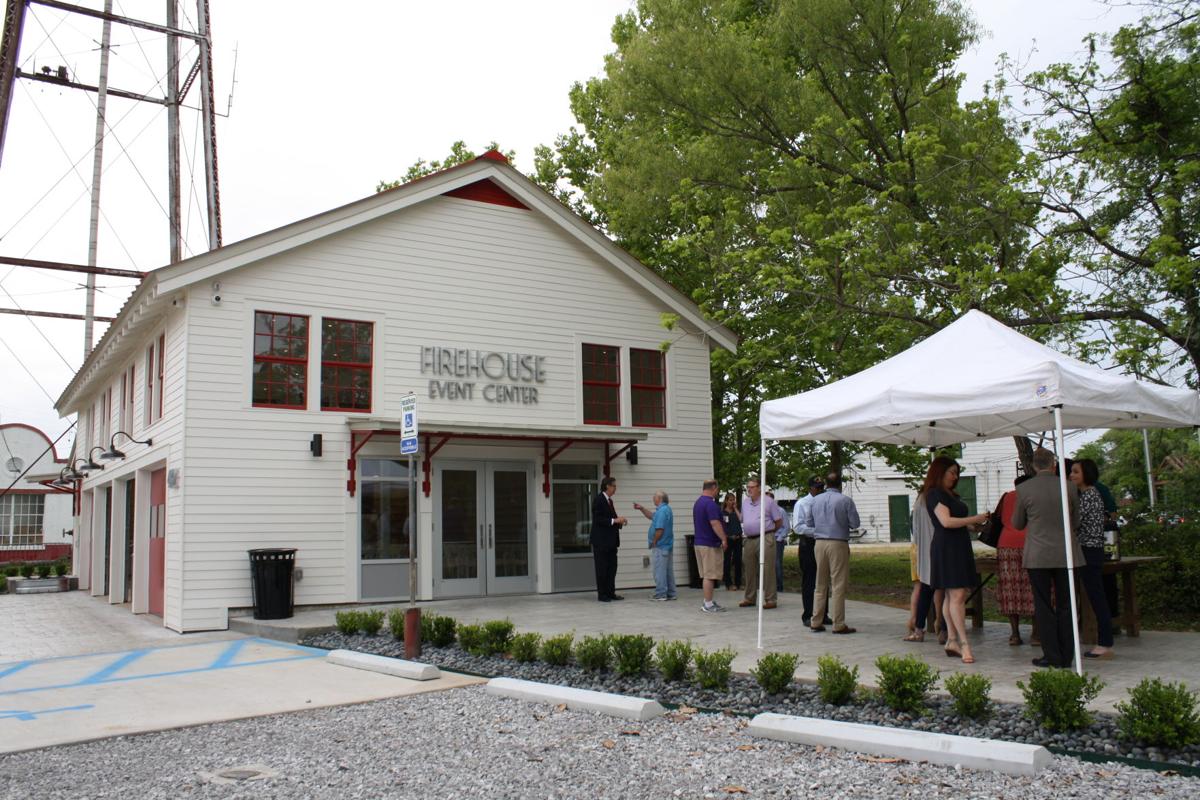 An old firehouse has been reignited with new purpose as an events center in downtown Covington, and a century of memories came to light at its dedication April 24.

City and project leaders gathered with area residents at the new Firehouse Event Center at 432 N. Theard St. The venue was the culmination of a $433,000 construction project that took several years of planning and development.

The station was built in the early 1900s, and the city’s fire department operated out of the building until 1972, when a new station was built on North Jefferson Avenue. In the old days, the dispatcher and his family lived on the second floor, and the firefighters were all local volunteers.

For many years after ’72, the facility was used to house small city offices including the Downtown Development District headquarters and a division of the city’s police department, as well as for storage, but it fell into disrepair and was vacated a few years ago.

“It was in pretty deplorable condition at that time,” Covington Mayor Mike Cooper said. “It was an eyesore in our downtown.”

Covington Police Chief Stephen Culotta said that when the building was used as office space for detectives, the back would flood with one to two inches of water during rainstorms.

“It was a pleasant sight walking in here today — it’s amazing the way it looks now,” he said at the dedication. The 1,800-square-foot center can has an open floor plan with a small warming kitchen and restrooms in the rear. It can hold about 100 people. 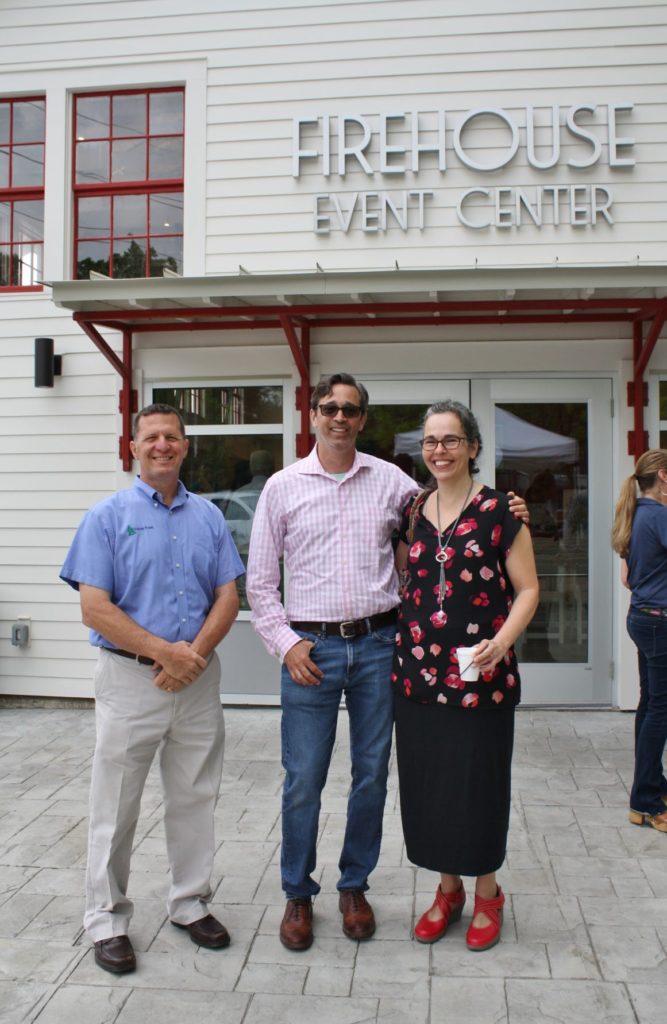 The interior features an expanse of acoustical treatment designed as wainscoting, and it uses wood salvaged from the existing structure. The support spaces were designed as an addition to the building in order to fully utilize the space.

“The project was conceived as a renovation, not a restoration, in order to change the use of the facility from office and storage space to a functioning, revenue-generating event center owned and managed by the City of Covington,” he said.

It’s real value, he added, “is in how it transformed a forgotten and often overlooked piece of downtown Covington into something that has a real sense of place” and will serve to build community connections.

Cooper said that in 2015 he proposed a feasibility study to determine whether the building could be restored for community use. The study cost about $40,000, paid for in part by city funds and in part by a $10,000 grant from the Louisiana State Historic Preservation Office. WDG Architects Engineers conducted the study.

“The building was in fact historic and we should preserve it,” Cooper said of the findings.

MSH Architects LLC was selected in 2016 to develop plans, which cost $46,000. Funding for the $433,000 in renovations was approved in 2018, and low bidder Velvet Pines Developers was selected as general contractor.

Cooper noted that the project was completed on time and within budget.

Many at the dedication recalled stories about the old space.

Sam O’Keefe, Covington city councilman at large and a former firefighter who volunteered at the old fire station in the early ’70s, said the décor features the same red and white colors scheme he remembers from years ago.

“I think it’s going to be an asset to the community,” he said. “We got a lot of good memories here.”

Gene Lester of Covington was a volunteer firefighter for 40 years, serving as assistant chief in the late 1970s, and his father was chief. He remembers being excited about getting their first radios for communication and when the fire department membership would hold Christmas parties at the station. During one of the parties, a fire broke out.

“We’d be out there fighting fires in a tuxedo,” he said.

Sharon Vercellotti said her grandparents moved to Covington from France and bought the property across the street from the old fire station. Her grandfather and father were volunteer firefighters, and her father was chief.

She remembers hearing the fire station whistle blow and going to see the fires with her mother.

“It was such an education to me, and I felt my family contributed greatly to the history of Covington,” she said.

Amy Tucker, facilities director for the City of Covington, said the Firehouse Event Center already has been booked for special events such as a meeting, rehearsal dinner, baby shower and a “Firehouse Comedy” monthly event.